I am getting very tired of the media attention given to Caitlin Moran since the publication last year of How to Be a Woman, a purported must read for all women and now Moran’s second offering to the canon of feminism texts, the strangely named How to Build a Girl.

I feel slightly at odds with the authors of the glowing media reviews, the twitterati who worship at her doc martened feet, the art’s reviewers who enter into states of mesmerisation when she enters the studio. For me it’s just another case of mass cultural hysteria and further evidence of the blandification of our age.

For any woman to purport that she knows the definitive answer to both becoming a girl and subsequently a woman based on her own experiences hints at a very strong ego, stoked by her adoring media chums. I realise that feminism has developed into two strands, the media phenomenon which Caitlin Moran represents and the academic strand descending from Greer and De Beauvoir. I’d rather The Second Sex or The Female Eunuch any day to any SHOUTY missive rank, with the over telling of an obsessional predilection for self pleasure and built with prose devoid of style. 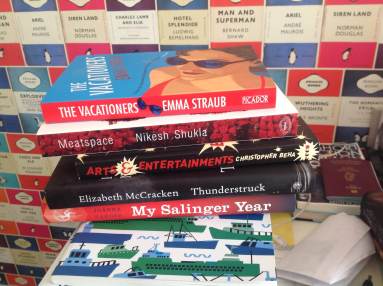 Am currently looking forward to reading my latest acquisitions which consist of The Vacationers by Emma Straub, Meatspace by Nikesh Shukla, Arts & Entertainment by Christopher Beha, Thunderstruck by Elizabeth McCracken, My Salinger Year by Joanna Rakoff and The Stinging Fly Summer 2014 Issue 28/Volume 2. I have also just pre-ordered Alarm Girl by the very brilliant Hannah Vincent who is an old classmate from Kingston. 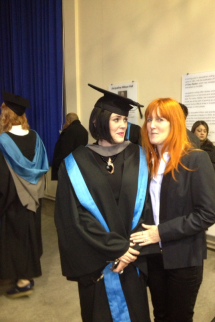 Here is some vintage footage of the très formidable Germaine and moi.