I don’t believe that non-fiction is the new fiction but it is impossible to ignore the slew of essay collections, autofiction and personal narratives interwoven with philosophy, science and rigorous research. There is a desire for readers in this post-truth era to consume material rooted in reality and read titles that enter and even reframe public discourse.David Shield’s Reality Hunger published in 2011 plays with all these themes in a very provocative but intelligent way.‘Fiction’/Nonfiction’ ” is an utterly useless distinction,” states Reality Hunger. How so? “An awful lot of fiction is immensely autobiographical, and a lot of nonfiction is highly imagined. We dream ourselves awake every minute of the day.”

1- Notes To Self By Emily Pine.
I read Emily’s book in one sitting on holidays last Summer and was blown away by her candid intelligence and emotional honesty as she tackles subjects as diverse as addiction,infertility and rape.Emily has written about her love of the essay form-“The verb essayer in French is to try something , I like that it takes an idea and that it pushes it, it looks at it from different angles..” Kudos to Tramp Press for publishing this gem of 2018.

Scott’s book is a very stylish and playful exploration of what digital life is doing to the way we find meaning in the world. The book’s charm lies in the author’s ability to weave confession, autobiography and social analysis with a brilliance tempered by a sense of empathic embrace. You can watch an interview with the author here https://video.search.yahoo.com/search/video
The title comes from Nabokov’s Lolita where Humbert Humbert compresses the story of his mother’s death into two words and a comma, wedged between brackets that keep the cataclysm contained: “(picnic, lightning)”.As well as discussing our changing experiences in an age of technologically mediated information, the book is a fragmentary memoir of the author’s childhood , and his grief over his parent’s death.

Ehrenreich has always been a writer that I admire and this latest book was very though provoking with her characteristic mythbusting.With a PH.D in cellular immunology she is well placed to take potshots at the “wellness industry” and at a culture that increasingly treats ageing as an outrage and rages against the dying of the light.Barbara Ehrenreich writes “that preventative medicine exists to transform people into raw material for a profit-hungry medical-industrial complex.”She sees the rising popularity of mindfulness delivered to the time poor by a swarm of apps made originating in Silicon Valley as “Buddhism, sliced up, commodified and drained of all references to the transcendent.”She argues that what” makes death such an intolerable prospect” is our belief in a reductionist science that promises something it cannot deliver-ultimate control over our bodies.

4-The Recovering:Intoxication and its aftermath by Leslie Jamison.
Jamison’s book is essentially an addiction memoir but overcomes the limitations of the genre. She believes that” all addiction stories have already been told as they all come down to the same demolished and reductive and recycled core:Desire.Use.Repeat.”It is also a critical study of the addiction genre that it joins, a biographical Who’s Who of alcoholic writers in the vein of Olivia Laing’s The Trip to Echo Spring. The subject of writers and alcohol is one that still interests readers and this beautifully written memoir is a triumph of this genre.

5-On The Edge by Diarmaid Ferriter.
Having heard Diarmaid speak about his book last week it reignited my interest in history and in this case the history of our islands,which have long held a romantic fascination for me. From the congested district’s boards to the plays of Synge, the literature of Robert Flaherty to personal memoirs, Ferriter uncovers and presents a fascinating homage to the islands and to the islanders who lived on the edge of European civilisation. 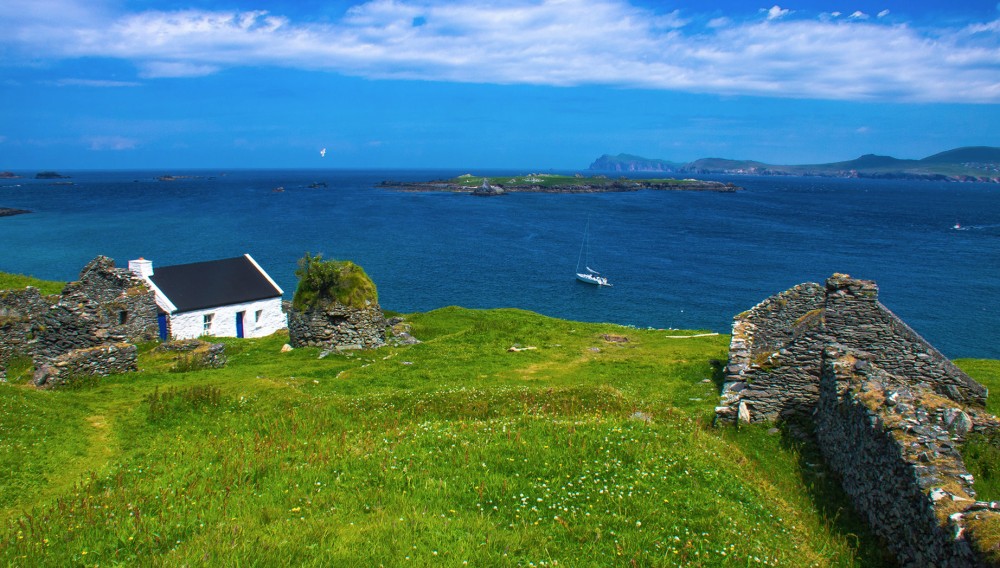